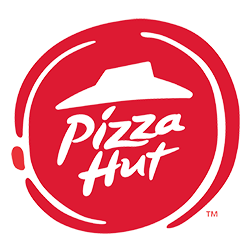 Pizza Hut has been serving Hong Kong for over 30 years and its first restaurant was opened in 1981. In 1987, Jardine Matheson & Co. Ltd. took over the Hong Kong Pizza Hut franchise business and since then “Customer Mania” has been adopted as the corporate culture towards serving its customers with total dedication.

Pizza Hut is the largest pizza and pasta chain restaurant in Hong Kong, with over 4,000 employees being deployed to work in over 80 outlets throughout Hong Kong and Macau, including takeaway and delivery services.

Pizza Hut Hong Kong deployed a proof of concept integrating WhereScape and Tableau to test out next-generation database management and presentation capabilities. The former completely remedied the documentation issues that Pizza Hut had faced in the past, while greatly enhancing its ability to quickly derive actionable insights from disparate data sources. Meanwhile, the latter provided a set of intelligent templates for Pizza Hut to visualise data in a meaningful and appealing way.

HKBN JOS has shown true initiative and is driven to solve our problems.

As the longest-running pizza chain in Hong Kong, Pizza Hut has been serving pizzas and Italian fare to Hong Kong foodies since 1981. The household pizza brand currently operates in 80 locations throughout Hong Kong and Macau with a staff count upwards of 4,000.

Hongkongers’ appetite for pizza is as immense as it is ever-changing. Like any incumbent market leader, Pizza Hut had to constantly evolve to meet the demands and expectations of its customers. “Unlike many established businesses, we haven’t been one to shy away from technology. In fact, we embraced it the best we could,” said Ravel Lai, Regional IT & Digital Director, Jardine Restaurant Group. In the advent of data analytics, Pizza Hut was quick to hop on to the trend and integrated it into its daily operations.

Pizza Hut started with basic databases and reporting tools. However, it was soon apparent that the solutions were insufficient: data sources increased quickly, as did the demands from management. To get actionable insights, the IT team had to spend considerable time on data cleansing. “At first, our analytics was mostly centred on dinner numbers, but then came the need for lunch numbers as well as more in-depth insights such as weekday and weekend business comparisons. Our presentations were not up to par either, we could only scratch the surface of issues given the time and tools.”

As more departments warmed up to using data, the volume of report requests IT had to deal with also swelled. Typically, IT adopts a “waterfall” model to generate reports, a linear, inflexible model that is prone to slowing down when there is a congestion - a very real problem that significantly mired Pizza Hut’s ability to deliver timely reports.

Another challenge that hindered Pizza Hut’s advance towards embracing data was the lack of documentation. Every team involved in the data warehouse had a different approach to managing data. The inconsistency proved to be one of the bigger hurdles Pizza Hut had to overcome.

The blossoming of a long-term relationship

“We’ve relied on HKBN JOS for our hardware procurement for years. When we told them about our challenges, the HKBN JOS team suggested that we try WhereScape. Though we were sceptical of it at first - knowing that it’s a relatively new solution for an innovative concept - HKBN JOS came to us with a very convincing presentation to demonstrate their understanding of our needs. We were very impressed by their effort, and soon we greenlit a proof of concept to test out the solution,” said Lai.

Lai recalled his experience during the tender process, said, “We’ve had many meetings with other vendors, but none demonstrated an understanding of our challenges and needs like HKBN JOS. HKBN JOS has shown true initiative and is driven to solve our problems. Instead of selling us specific products, HKBN JOS developed different scenarios that reflect our real needs, which were very helpful for us in getting the internal approvals for the project.” With support from HKBN JOS, Pizza Hut now enjoys the following benefits:

In the past, all technical documentation had to be maintained manually, but since the practice was not enforced, little documentation was created. Today, with WhereScape, every change is automatically logged for all of IT team to see. An added benefit of it is now multiple staff members can work together on the data warehouse, preventing the issue of having a single point of failure negatively impacting operations.

“In time, we hope to bring more data sources to our platform. WhereScape’s design environment made it easy for us to build and optimise our data warehouse while incorporating many of the industry’s standards and best practices,” said Lai. Using WhereScape, Pizza Hut futureproofs its BI capability with agile, world-class data warehouse performance that will continue to serve them well even as expand to more granular data such as those from the point of sales (POS) system in its restaurant locations.

Compared to the days when reports had to be manually compiled on traditional spreadsheet and presentation software, Pizza Hut now generates reports up to 30% quicker. Lai credited the easy-to-use templates with interactive features that come “out-of-the-box” with Tableau. “The templates already have many established KPI formulas that we can borrow. We no longer have to massage the data or manually input values, minimising the chance of human error skewing our data. All we have to do is to plug in data from our databases and we’d have a dashboard that is both insightful and presentable.”

Instead of first pulling a subset of data from a data source and organising it into tables, Tableau has the capability to create a visual representation of data right away, skipping aforementioned steps. Such visualisations can be realised in the form of bar or line charts, or more sophisticated linked data views that allow for easy analysis and comparison.

Tableau’s templates automatically highlight the key areas on the reports using visually striking colours. According to Lai, feedback from the management has been tremendously positive as the reports help them quickly identify problems, which translate to quicker actions. “We sometimes have to work with very small windows of opportunity. Quick reports that identify challenges for us help us to seize such opportunities and benefit from them.”

The positive results of the deployment reinforced Pizza Hut’s confidence in HKBN JOS and technology. “We’re keen to expand our use of these solutions. Fortunately, HKBN JOS is an expert of both solutions. Thanks to their training and advice, we’ve made a very smooth transition. We look forward to continuing our partnership.”

Take the next step

Have a query or need more information about the above success story? Contact HKBN JOS at +852 3999 0808 or hk-enquiry@jos.com.

MORE CASES
Aviation
Infrastructure Simplification Helps Metrojet Travel Light and Fly High
Travel and Hospitality
Helping Mandarin Oriental connect with people and to a great future
Engineering
JEC jumpstarts digital transformation with re-engineering the ERP core
Professional services
Turning IT from an operations bottleneck to a business booster
Charity
Singapore pools launches iShine Cloud to empower local charities with the right IT tools...
Contact Us
We are ready to help
Count on our consulting for a rapid start and smooth migration.
Contact
X